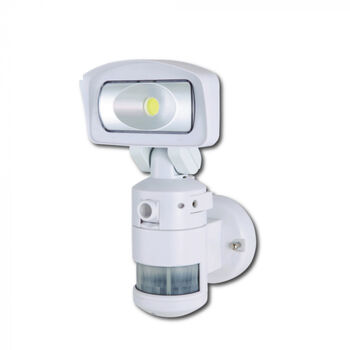 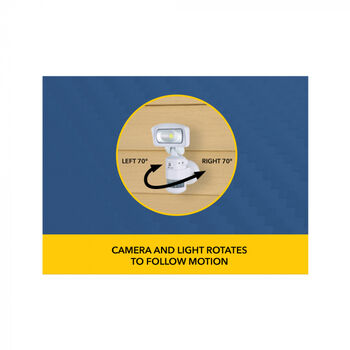 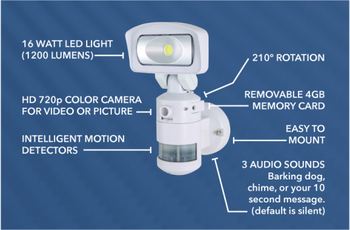 The Streetwise Nightwatcher Robotic LED Security Light w/Camera uses patented robotic lighting technology to protect your property by causing a super-bright security light to lock on and follow an intruder. This model also features a high definition security camera that starts recording whenever motion is detected.

Traditional motion activated lights just turn on when motion is detected; the NightWatcher's Robotic Light will lock on and follow an intruder's motion while the high definition security camera captures photos or video evidence of the intruder. Imagine the intruders surprise when a bright light suddenly turns on and follows his every move across your property. He will realize that your property is guarded by a sophisticated security system and will go in search of an easier target.