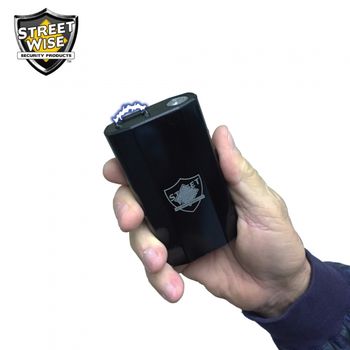 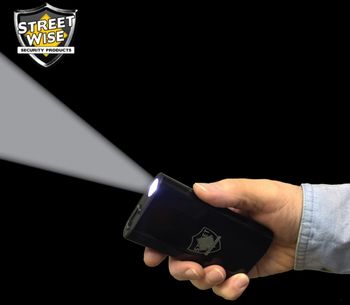 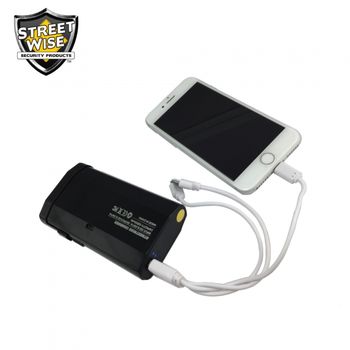 Since first opening for business we have tested literally hundreds of stun guns and we can honestly say that the 3N1 Charger is one of most powerful stun guns ever made! If you are looking for a stun gun with awesome power and versatility this is your go to.

As one of our new Top Gun models this unit combines the latest XPE Cree Flashlight technology with a newly-designed high voltage ignition coil that has increased the brightness of the light and power of the stun gun by over 80%! It's a Stun Gun, a Flashlight, and a Power Bank!

Just test-firing this powerful stun gun into the air is often enough to stop an attacker. lf the sight and sound of the powerful electric charge doesn't stop him, a jolt from this unit certainly will! The 3N1 Charger features a Large Capacity 5200 mAh Power Bank that will charge your cell phone (Android or iPhone) nearly two times. This unit will charge any USB-powered device - tablets, camcorders, games, etc.

The 180** lumen XPE LED light can shine for up to 12 hours on a single charge. This model appears to be a common power bank. By the time an attacker realizes it is a stun gun, it will be too late. This gives you the element of surprise often needed to defend yourself. Military Grade aluminum alloy protects the Charger from damage so it is always ready to protect you. The removable cap covers the stun button and the stun contact area, concealing the stun gun features until ready for use. The 3N1 Charger has an LED Battery Status Indicator - the four LED lights will indicate the power is at 100%, 75%, 50%, or 25%, so you will never be caught off guard without power. The built-in battery charges in a standard wall outlet.

Lifetime Warranty: The 3N1 Charger is made of the highest quality components and comes with a lifetime warranty. See the enclosed instruction sheet for complete details.