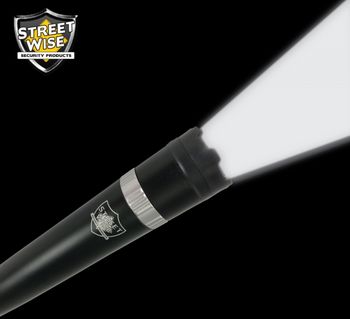 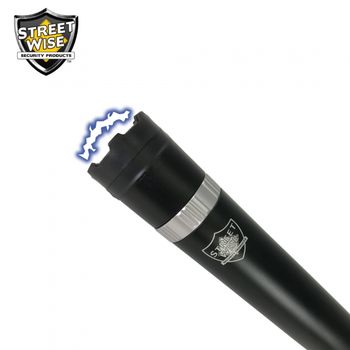 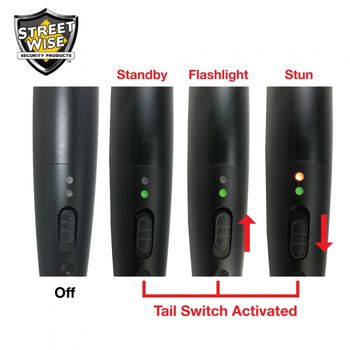 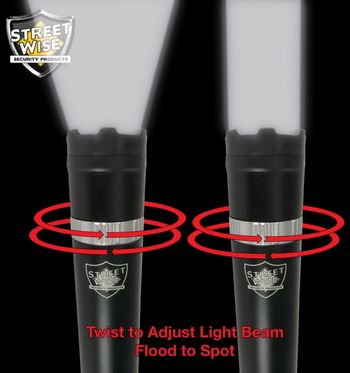 Powerful Stun Gun: Just test-firing this unit into the air is often enough to stop an attacker. As the bright electric current pulsates across the top, it creates an intimidating electrical sound. An attacker with any sense will be stopped in his tracks. If the sight and sound don't stop him, a jolt from this unit certainly will!

Blinding LED Light: Shining a light of at least 120 lumens directly into someone's eyes can cause several seconds of disorientation and impaired vision. The Triple Defender boasts a super-bright 380 lumen light beam with Self Defense Strobe that can disorient an attacker and give you time to flee.

Military-Grade Aluminum Baton: If the first two aren't enough to deter an attacker, a blow from the Triple Defender certainly will. Just step toward your attacker and swing! The 16 inch long baton and the length of your arm keep you a safe distance away from the attacker and provide you with a long reach.