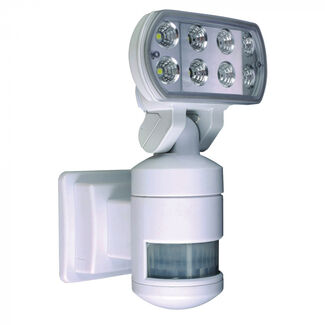 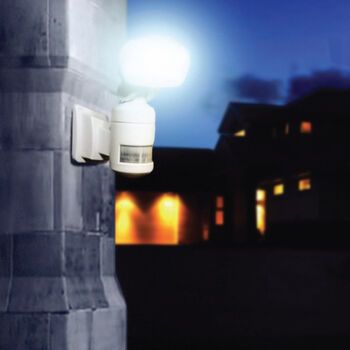 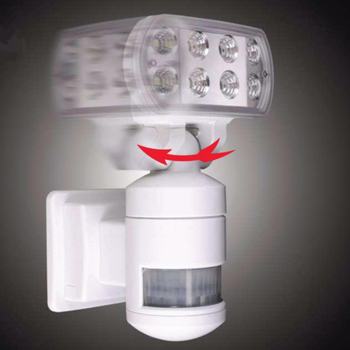 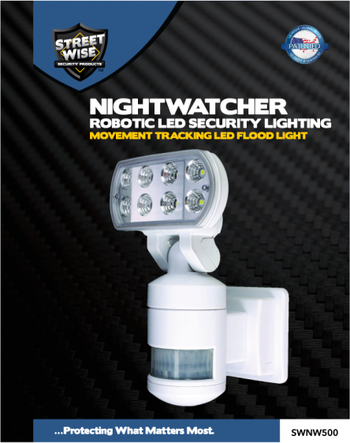 The Streetwise NightWatcher SWNW500 protects your property by causing a super-bright security light to lock on and follow an intruder.

Traditional motion-activated lights just turn on when motion is detected; the NightWatcher's patent-pending motion tracking feature will lock on and follow an intruder's motion across three separate detection zones. Imagine the intruders surprise when a bright light suddenly turns on and follows his every move across your property. He will realize that your property is guarded by a sophisticated security system and will go in search of an easier target.

Super Bright LED Light: Eight 125 lumen LED lights combine to produce a 1000 lumens of bright lightRotating Light Head: Moves left and right for a total of 210 degrees of illumination.Intelligent Motion Detectors: Smart Sensors determine where movement is occurring within 3 independent detection zones and directs the light toward the motion